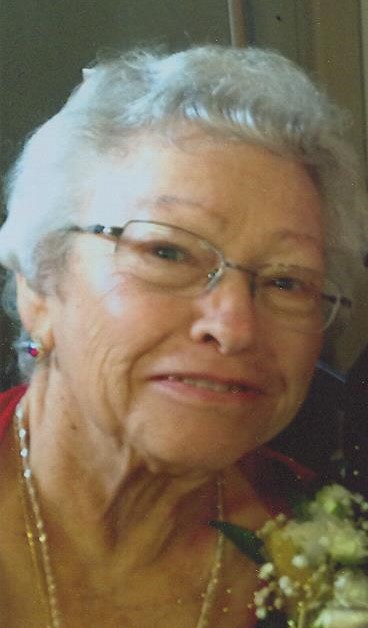 Memorials: Directed to the family

Carolyn I. Travis, age 75 of Thurman, IA passed away Saturday September 21, 2019 at the Josie Harper Hospice House in Omaha, NE after an extended illness.
Carolyn Irene (Donahue) Travis was born on January 20, 1944, the second of ten children to Charles Alfred and Ruby Irene (Pittsenbarger) Donahue in Maryville, MO.
Carolyn grew up in the Taylor County and Farragut, IA areas, graduating from Farragut with the class of 1963. After high school, Carolyn attended Iowa Western in Clarinda, IA and received her associate's degree. She then took a break and moved to Nebraska City, NE with her sister Marilyn, working there. She was set up on a blind date and met the love of her life, Carl Rex Travis. They were married in Nebraska City on August 24, 1968. She welcomed step-daughter, Sharon Kay into her life and to this union two children were born, Brenda Lea and Duane Eddy. After her children were grown, she completed her education and taught special education for a number of years until her retirement.
Carolyn was a very active and social person. She loved a good conversation and kept busy with many activities throughout the years including, The Pythian Sisters, The Club of the Month and The Red Hat Society.
Carolyn was a woman of strong faith and was an active member of the Thurman United Methodist Church. She was also involved with the Thurman City Council and was the Mayor of Thurman for several years.
Carolyn was involved in many of her children's activities while they were growing up, including 4-H and Scouts. She also never missed an opportunity to see any of her grandchildren's activities.
Carolyn was a fighter. She always bounced back from any health ailments she had until recently. She was a proud 16 year breast cancer survivor and participated in Relay for Life for a number of years.
She enjoyed spending time with her family and friends, game shows (especially "Wheel of Fortune"), reading, crossword puzzles and watching movies on The Hallmark Channel. She was a proud mother and grandmother and had so much joy with them all. Carolyn had a love for angels and she will now be "our" angel forever, until we meet again.
Carolyn was preceded in death by her parents, brother Alfred Donahue, sister Judy Schwartz, nephews, David McConahay and Joshua Reed; and her in-laws, Carl and Jean Travis.
She is survived by her husband of 51 years, Carl Rex Travis, step-daughter Sharon (Don) Johnson of Elkhorn, NE, daughter Brenda (Richard) Draper of Glenwood, son Duane (Angie) Travis of Red Oak, five grandchildren: Jessica Johnson of Elkhorn, NE, Elizabeth (Zach) Keene and Emily Draper of Glenwood, Corey and Cameron Travis of Red Oak. Siblings: Ed (Deanna) Donahue of Thurman, Gene Donahue of Tabor, Marilyn Reed of Council Bluffs, Mary Alice Donahue of Tabor, Cecelia (Gene) Foral of Council Bluffs, Ray (Mary Ellen) Donahue of Ellensburg, WA and Rita (Dave) Bristol of Fremont, NE, nieces, nephews, cousins and many friends.

So sorry to hear of Carolyn passing. A great neighbor for many years. Prayers of comfort for her family.

The attached photos are added to the memorial of Carolyn Irene Travis to help share their legacy.

Thank you for sharing your memory of Carolyn