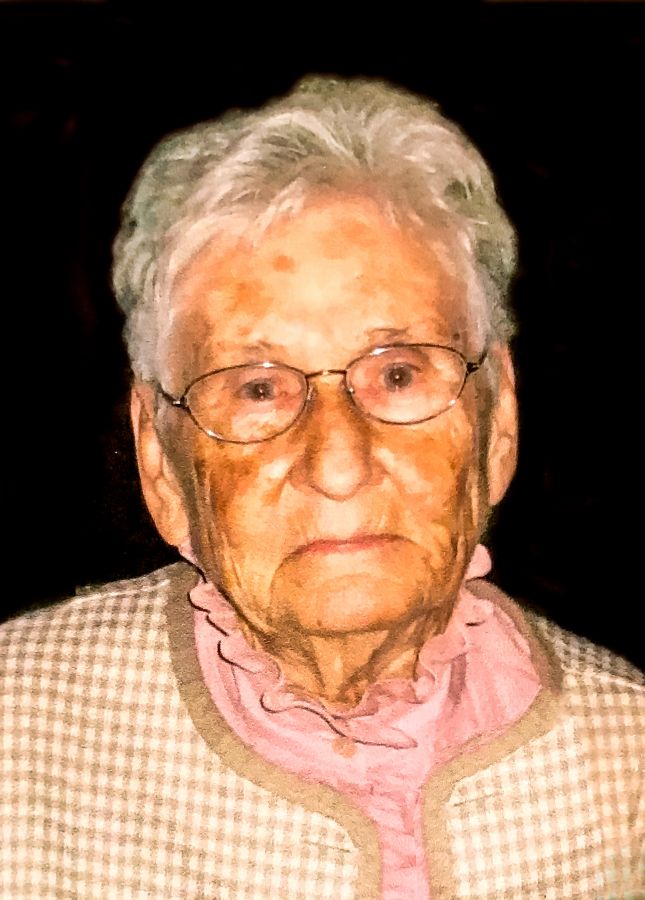 Growing up, Argie's family moved back and forth from state to state frequently. She lived in Oklahoma, Missouri, Arkansas and Iowa. Most of her education was in one-room schoolhouses until 8th grade, when she attended Oaks Mission School in Oaks, Oklahoma. She attended high school in Wales, Iowa until her 10th grade year.

Argie was a hard worker her entire life. When she was a young girl, she worked on the farm with her Dad. She was proud of herself that she could keep up with the boys, doing hard physical labor. She spoke of working on the two-man saw, learning to split firewood with a wedge and two-bit axe and driving a mule team pulling farm equipment in the fields from a very young age. She got her first job when she was just 13, working in a tomato canning plant. She worked on the belt pulling tomatoes out of boiling water to remove the skins before sending them on down the line. Later in life she worked as a secretary, a bookkeeper, a cook and ran her own seamstress and house cleaning services.

In 1936, she met Ralph Irvin Cole at Oaks Church in rural Emerson, Iowa. They were married on January 27, 1937. The couple were dirt farmers outside of Henderson, Iowa and raised six children--Lora Irene, Ralph Lewis, Leora Rose, Donna Rae, Joy Marlene and Henry Allen. In 1952, the couple got electricity on the farm, a first for Argie. In 1974, Ralph and Argie left farming and moved to their home in Henderson where they each lived the rest of their life. One thing remained constant Argie's entire life--her deep faith.

Argie was a beautiful combination of velvet and steel. She was a small, but feisty woman who stood her ground and was as stubborn and independent as they come. And she loved fiercely--her generous heart knew no limits, and she was always a warm, soft place to land. She listened intently, shared words of wisdom and prayed vigilantly for those she cared deeply for.

Argie's life philosophy was: "Use it up, wear it out, make it do, or do without." And she did just that.

Irene, I remember your mom from our high school years, Her obituary is a awesome tribute to her.
Elaine Kahl Knight

We’ve had so many great memories with Ray’s sister Argie. We know you all must too. You are in our thoughts at this time.
Love, Uncle Ray & Auntie Marie

I meant I am sure you all remember that about your Mom/Grandma.

I remember a time when Aunt Argie was in Bend with Auntie Myrtle and they came out to Mom and Dad and Roy and Jeans when we were all there for a little reunion. It was fun. Vikki and Uncle Darrell were there as Well as Mike and wife and my sister Linda. And Auntie Lela and Walt cane from Eugene. We all had such a good time visiting. So 3 brothers and 3 sisters and 4 cousins.
Then once when Mom and Dad (Ray and Marie) were in Yuma and I was at there home here in Portland Auntie Argie called and we had the best conversation. One thing about us Mahan’s we are a friendly bunch. None of us I have met are afraid of a good visit.

I am sure you will all make SS that about your mom/grandma.

I will always remember my aunt Argie visiting my Grandma, her mom, in Junction City. Grandma loved her so much and talked about her all the time. Always felt close to Aunt Argie for just that reason. She was the head of the clan of my Iowa family. My deepest condolences for the family. She will be greatly missed by so many.

Hugs to the family, my condolences.

Our thoughts and prayers go out to the family. May your memories help you though this time. Jack and Ruth

The attached photos are added to the memorial of Argie Pearl Cole to help share their legacy.

Thank you for sharing your memory of Argie