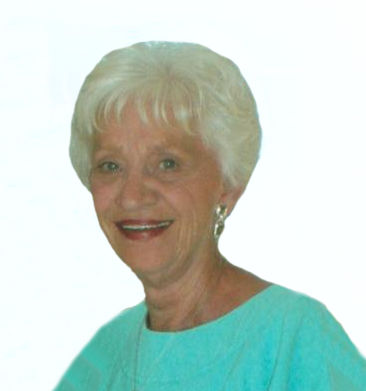 Marilyn Jean Burdic, age 81, formerly of Malvern, Iowa, passed away on December 10, 2019 at the Heritage at Fox Run Assisted Living facility in Council Bluffs, Iowa.
The daughter of Ralph and Agnes (Connor) Karstens, Marilyn was born on April 29th, 1938 in Omaha, Nebraska and attended Central High School in Omaha, where she graduated in 1956. After graduating high school, Marilyn worked for the phone company in Omaha until 1961, when she married Allan Clarke Burdic and the couple immediately moved to Malvern, Iowa, where Allan had begun working at the family-owned bank. The couple welcomed two children into the world, Susan Lennea in 1962 and Jay Patrick in 1964.
Marilyn enjoyed playing bridge with her "Nobody's Perfect" bridge club and was a champion for small schools through her involvement with PURE (People United for Rural Education) as well as her many years serving as president of the Malvern school board.
She is proceeded in death by her parents; husband Allan in January 2012; and 10 siblings.
Marilyn is survived by her daughter, Susan Johnson of Overland Park, KS and her children Maggie Johnson, Emilee Murry and her husband Josh and their son Malakhi, Bryce Johnson and his wife Alicia, son Jay Burdic and his wife Jessica, and their children Emersyn and Beau, and a host of many special friends.
In respect of Marilyn's wishes, there will be no funeral services scheduled. Loess Hills Funeral Home of Malvern in charge of arrangements.

So sorry to hear about Marilyn's passing. She's one of my dad's relatives that I actually remember (she was his Aunt, Phyllis was his mom). Thoughts and prayers are with your entire family.

So very sorry to hear of your loss. She was a well respected lady in our hometown and had a wonderful family. Our thoughts and prayers go out to each and every one of you.

I KNEW MARILYN FROM THE FIRST TIME SHE MET AL UNTIL SHE PAST AWAY. SHE WAS MY PHONE BUD WE TALKED SEVERAL TIMES A MONTH OVER THE LAST FEW YEARS. ME AND MY FAMILY SISTER IRENE AND SON DOUG WILL MISS HER. TERRY BOWMAN

We are very sorry for your loss. Sending prayers and support.
Ed and Sheila Flowers

I'll never forget going over there over weekends as a young girl eating her famous pizza burgers, going on trips to Malvern Bank, pounding on her massive organ piano, and dancing/singing to dance-along movies in her living room. She was a true saint for putting up with the last two of those. We will miss you a ton Aunt Marilyn!

So sorry to hear of her passing. She was a wonderful neighbor and friend.

So sorry for your loss. Our thoughts and prayers for all of your family.

I always appreciated Marilyn's diligence and tenacity in seeking what was honest and best for the children in our school system. She was a faithful friend and personal encourager to me.

The services for Marilyn have not yet been added. Please sign up below to be notified when the services are ready.

The attached photos are added to the memorial of Marilyn Burdic to help share their legacy.

Please help memorize Marilyn Burdic by recording your attendance below.

Thank you for sharing your memory of Marilyn