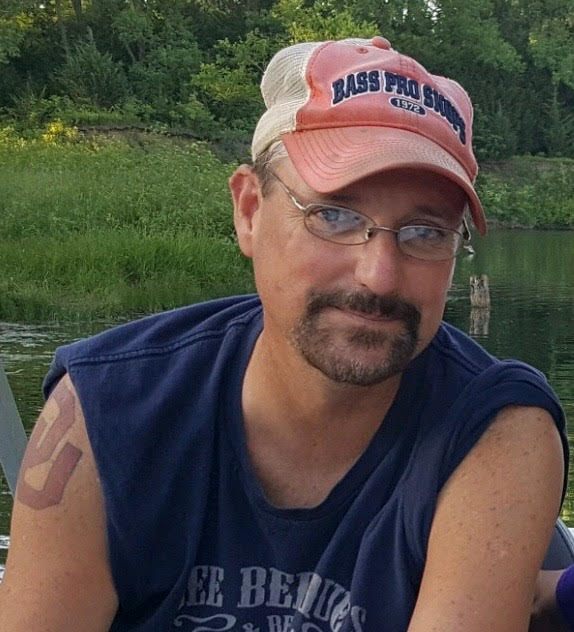 Cory Achenbaugh, 46, of Macedonia, passed away on Saturday, January 11, 2020 at the CHI Health Creighton University Medical Center-Bergan Mercy in Omaha, NE. Celebration of Life will be held at 10:00 a.m. on Wednesday, January 15, 2020 at the Carson Community Center in Carson, IA with Rev. Michael Slininger officiating. Burial will be at the Farm Creek Cemetery in rural Henderson. Visitation will be held from 5:00 p.m. to 7:00 p.m.on Tuesday, Janaury 14, 2020 at the Loess Hills Funeral Home in Carson. In honor of Cory, the family would like everyone to wear their Oklahoma Sooners gear to the service.

Memorials: Per the request and wishes of the family in lieu of flowers, memorials may be directed to the family

Cory Allen Achenbaugh, son Darry and Mary (McMartin) Achenbaugh was born on February 23, 1973 in Red Oak, IA. Cory grew up on a farm south of Henderson, IA. He attended the Nishna Valley Schools. Cory loved to ride three wheelers and was a member of 4-H where he showed pig and black angus cattle. After his father passed away in 1984 his mother remarried Lester Homfield in 1988 and the family moved to a farm in Higginsville, MO. Cory graduated from high school in Higginsville, MO in 1991. He then attended school at Northwest Missouri State for one year and then attended State Fair Community College in Sedalia, MO graduating in 1994. He moved back to Iowa and worked several different jobs, such as farming with Dale Evans.
On June 13, 1998 Cory married Tara Jo Turner at the Oakland United Methodist Church in Oakland, IA. He than began working for the Pottawattamie County Secondary Roads in 2008. Cory and Tara were members of the Carson Community Rodeo Committee. He also enjoyed fishing, camping, off roading with his friends, and watching OU football.
Cory is preceded in death by his father, Darry in 1984; his sister, Jill and her baby Kane in 2001; both maternal and paternal grandparents.
Cory is survived by his loving wife of 21 years, Tara of Macedonia; parents, Mary and Lester Homfeld of Higginsville, MO, father-in-law Terry Turner, of Macedonia; mother-in-law Lorre Turner, of Macedonia; grandmother-in-law of Anna Turner of Carson and Karen Roberson, of Macedonia; step sister, Michelle Homfeld and Sean of Higginsville, MO; step brother, Tim Homfeld and his wife, Shannon of Englewood, CO; sister-in-law Amy Schoepke and husband Justin of West Des Moines; nieces, Taylor, Chloe and Bailey; nephews, Hayden and Lucas; other relatives; and a host of many special friends.

I was just recently notified of Cory's death. I remember this family well as I taught Cory and Jill in middle school at Nishna Valley. I also remember attending his father's funeral with school students. A young life taken too soon as was his sister Jill and her baby. May God give you strength to understand and yet to cherish your memories with Cory. In prayer, Ann Benedict Athy

Cory and I were in the same classes when he attended Nishna Valley. He was always so quiet. Always so nice. My deepest sympathy for your loss. Angi (Smith) Pettit

Please know you have our deepest sympathy at this difficult time

Cory was my best man in my first wedding although we had lost touch over the years I had thought about him often we were really close there for awhile. I kept track of him through his sister Michele. Wish we could of reconnected but that’s how life goes. Rest in piece my old friend.

There are no words to explain how fortunate we all were to have Cory in ours lives. You will be greatly missed my Friend. love ya!

The attached photos are added to the memorial of Cory Achenbaugh to help share their legacy.

Please help memorize Cory Achenbaugh by recording your attendance below.

Thank you for sharing your memory of Cory