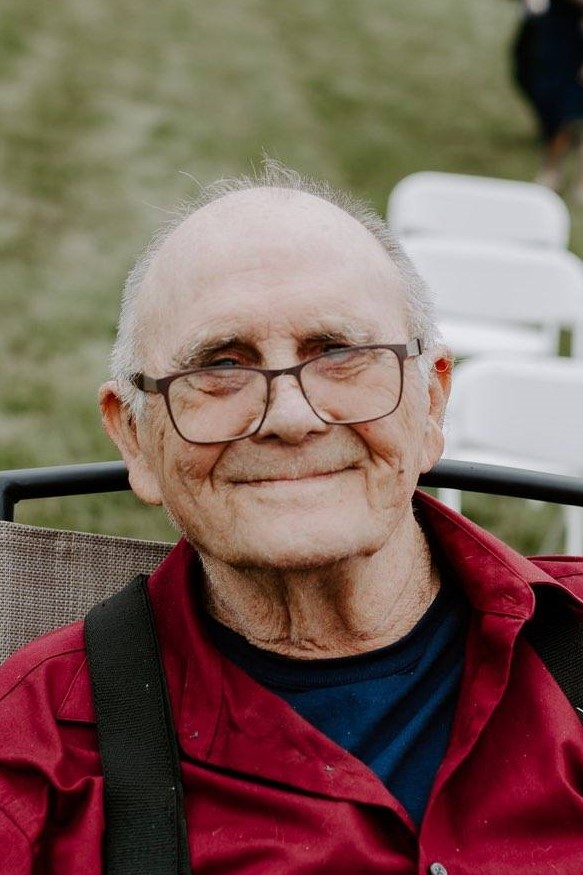 Melvin Easton, 85, of Macedonia, IA, passed away at his home on Monday, January 27, 2020. Funeral services will be held at 10:00 a.m. on Saturday, February 1, 2020 at the Loess Hills Funeral Home in Carson with Pastor Terry McClain officiating. Visitation will be held from 5:00 p.m. to 7:00 p.m. on Friday, January 31, 2020 at the funeral home with masonic service beginning at 7:00 p.m. Private burial will be at the Pioneer Cemetery west of Macedonia, IA.

Memorials: Coral Lodge #335 AF & AM or Directed to the family for Western Minnesota Steam Threshers Union (W.M.S.T.R.) in Rollag, MN.

Melvin Easton, son of Elmer and Marie (Melson) Easton was born on December 25, 1934 in Council Bluffs, IA. He attended grade school in Crescent at Woodland, a single room school house at the current Mile-A-Way Inn. His family later moved to Council Bluffs where he graduated from Abraham Lincoln in 1953.

Mel moved to Macedonia to help his dad farm. He bought the farm from his dad in 1956. He was married to his wife, Carolyn Wilhelm, that year and had three children before she passed away. Mel married Nancy Briardy of Omaha in 1969 and raised five children, Donna, Debbie, Bryan, Danny and Jenny.

Mel was very active in the community and was involved in the masonic lodge and the Macedonia Volunteer Fire and Rescue. He was dedicated to helping his small town thrive and was generous in aiding the local members.

Mel enjoyed taking fishing trips to Minnesota, first at resorts and then his own cabin that he loved sharing with family and friends. He looked forward to his annual Labor Day weekend at the Minnesota Steam Thresher Reunion. Mel enjoyed hunting and was an avid wood worker. He supplemented his farming through trucking and started Mel Easton and Sons Inc. He started his farm with a dairy herd and then a registered Angus herd and later had a hog confinement. He enjoyed working and restoring engines and had a love for Farmall tractors. One of his favorites was flying his small plane.

Melvin is preceded in death by his first wife, Carolyn; parents, Elmer and Marie; and a step-father Freeman Hough; and many of his faithful companion beagles.

Mel recently celebrated 50 years of marriage to Nance. He passed away on the family farm as he wished. He will be buried in the Pioneer Cemetery overlooking the land he farmed.

7 people have supported the family by purchasing them flowers or gifts from the Healing Registry.

I have lots of memories of Mel but my first is when he pulled me out of a snow drift. He didn’t know me at all and yet still helped me. He also gave me a good tongue lashing about snow drifts and he was right. The thing I will always remember him for is his smile.

I have very good Memories of Mel. While he was in hospital, he was his ole ornery self. You will be missed.
RIP. No More Tough Battles.

REST IN PEACE Melvin. You will be missed!
God Bless You from the Loons Nest Coffee Bunch in Vergas.

I have lots of great memories from my younger years spent out at your farm. Geese running around, feeding bucket calves, mini bike rides, lots of good food and lots of extended family. I can hear Mel's laugh and picture his smile. Rest in peace Uncle Mel! Thinking of all of you!!

The attached photos are added to the memorial of Melvin Easton to help share their legacy.

Please help memorize Melvin Easton by recording your attendance below.

Thank you for sharing your memory of Melvin