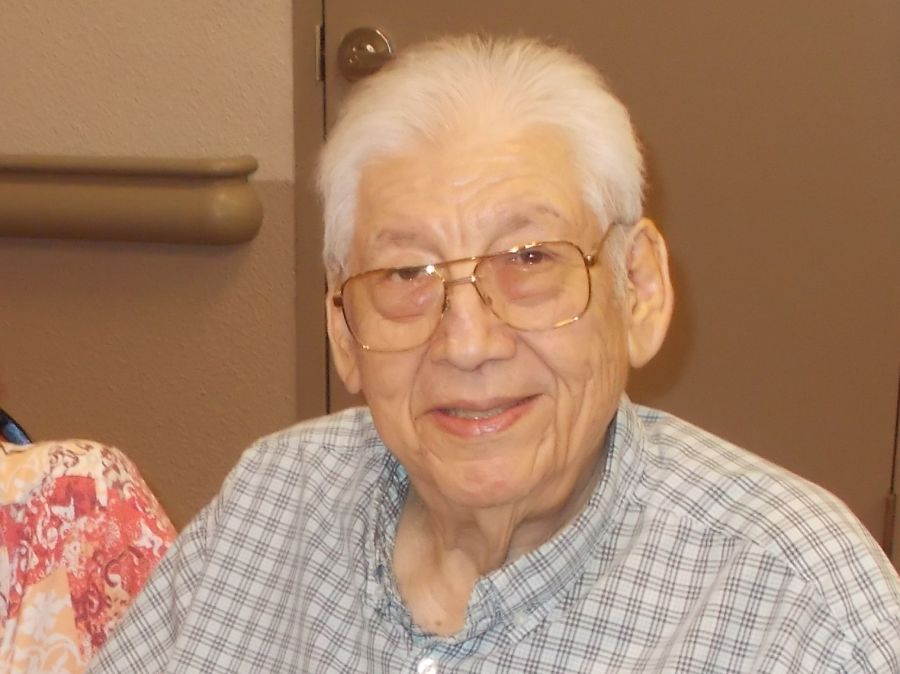 Gary Morris, 82, of Glenwood, passed away on Thursday, March 19, 2020 at the Glen Haven Village in Glenwood. Private family graveside services will be held at 11:00 a.m. on Saturday, March 28, 2020 at the Waubonsie Cemetery in rural Glenwood with Rev. Seth Kaiser officiating.

**Per the CDC guidelines, gatherings must consist of 10 people maximum. Once the CDC lifts these restrictions, a memorial service will be held at a later date to honor the life of Gary.

Memorials: In Lieu of flowers memorials may be directed to the Trinity Lutheran Church

Gary entered his eternal rest on March 19, 2020. He had lived at the Glenwood Village about nine months, following complications from a medical procedure.
Gary was born August 24, 1937 in rural Falls City, NE area to Willard and Martha (Connell) Morris. The family moved to Falls City about 1951 where he graduated high school in 1955. On Decoration Day that year he was accepted into the US Navy. He left for the Great Lakes Naval training base. He trained and served in San Diego, CA, also in the Pacific Fleet at Pearl Harbor in Honolulu, HI. On the U.S.S. Shang-La he went to Far East for six months, then back to the Pacific Northwest by Bremerton, WA he was transferred to the U.S.S. Midway. Honorably discharged in July 1958, he returned to Nebraska, moving to Omaha where he worked several jobs until he was hired by the U.S. Postal Service and also attended part-time Omaha University (University of Nebraska-Omaha), graduating in 1970.
In 1962 he married Sandra Sue Wuehler and the couple was blessed with two sons, Brent and Shawn. In 1976 they moved to rural Glenwood. In 1992 he retired from the Post Office after 35 years of service and began enjoying his two favorite things, hunting and fishing or fishing and hunting. He purchased land with access to the Waubonsie Water shed lake. Occasionally he found time for a few auctions or garage sales.
Gary had a colorful native American history. On his father's side he was a descendent of Jefferson and James Whitecloud, brothers and both Chiefs of Iowa tribes. His maternal grandfather was John Connell, full blood Sac and Fox, grandmother Ellen was a full blood Pottawattamie.
Gary's mother served on the Tribal Council many years, traveling to Washington, D.C. to seek payment for lands stolen, occasionally with success. Gary also served on the council after his retirement and during those years a casino was built north of Topeka on US Highway 75. This has given tribal members much assistance. He also served on the gaming commission.
In 2018, Gary became a baptized member of Trinity Lutheran Church in Glenwood, IA. It was done on his 81st Birthday by Pastor Seth Kaiser.
Proceeding Gary in death were his grandparents James and Grace (Solomon) Morris, his parents, Willard and Martha Morris; and his son Shawn Morris.
Survivors include his wife of 57 years, Sandra Sue (Wuehler) Morris of Glenwood; his son Brent Morris of Yutan, NE; his grandson Brandon Morris of Evans, GA; daughter-in-law Tricia Morris of Papillion, NE; brother Wayne Morris (Becky) of Woodland, CA; other relatives and a host of many friends.

Wish we were there but our thoughts and prayers are with you. Will see you soon.
Love Marvin and Deb

Sue, we are so sorry for your loss. Our prayers and condolences to you and your family during this time.
Nick and Brenda Shafer

Condolences Wayne on the passing away of your brother, Gary. Childhood and adult memories of time spent together are God's way of keeping our loved ones near.

Dear Sue, Brent, Brandon, Tricia and Wayne: Condolences to you on the loss of Gary - your husband, father, grandfather, and father-in-law. I recall fond memories of my cousin, Gary. The family gatherings in Reserve and White Cloud, Kansas. You are in my prayers.

Sue: Dale, Dianna and Darin Mellor want to express our condolences for your Dear Gary.
He will be missed by so many. If we call help, please call. Wish we were there to give you a hug

Mar
Saturday
Waubonsie Cemetery
64975 235th Street
Glenwood, IA, United States 51534
11:00 AM
Per the CDC, gatherings are limited to 10 people. The graveside service will be private family. A memorial service will be held at a later date when restrictions have been lifted to honor the life of Gary.
Directions  Add to Calendar
Send Flowers Send Flowers to Service

The attached photos are added to the memorial of Gary Morris to help share their legacy.

Please help memorize Gary Morris by recording your attendance below.

Thank you for sharing your memory of Gary