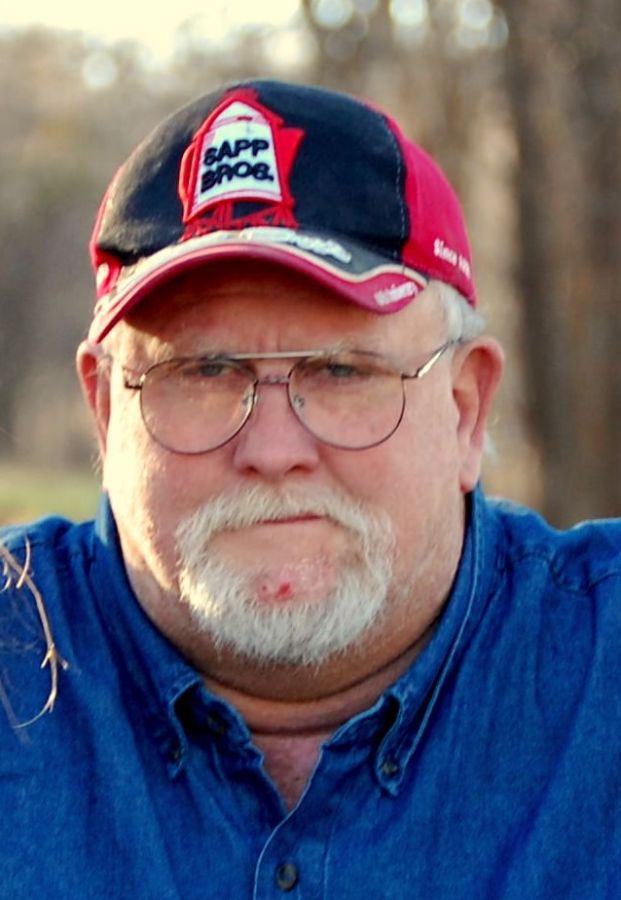 Michael Rose, 62, of Carson, IA passed away on Saturday, May 2, 2020 at Bergan Mercy hospital in Omaha, NE. A drive-thru visitation will be held from 4:00 p.m. to 7:00 p.m. on Wednesday, May 6, 2020 at the Loess Hills Funeral Home in Carson. The family will be standing outside the funeral home to greet people as they come by. Guests must stay in their vehicles as we are following COVID-19 state regulations.

Memorials: The family suggests memorials directed to them, instead of flowers.

Michael Dennis Rose, one of two children of Frank Kenneth Rose and Dixie Darlene (Ayers) Rose, was born on May 26, 1957 in Red Oak, Iowa. He passed away on May 2, 2020 at Bergan Mercy hospital in Omaha, NE. He grew up and attended school in Carson.
Mike was blessed with two daughters, Melissa Lynn and Nicole Marie.
Mike worked at Nebraska Machinery and as a General Manager at Laidlaw in Council Bluffs. He built his family home across from his parents, started a construction company and even built his sister's garage. Mike drove a truck for Henningsen Construction before starting Rosie Trucking Company.
Mike's girls were his world. He built worm farms for them as kids and always had toys around to take them for rides on six wheelers or snowmobiles. He loved to cook for his family and create unique dishes. He would buy the loudest toys to give his niece and nephew for Christmas just to annoy his sister. Mike built and started 3 carwashes - the Oakland carwash was named MNFR Carwash after his daughters, niece, and nephew. Nicole would call Mike when she was in trouble because it was easier to break news to him. She usually got a look as he said "Nik" when he was annoyed, and Melissa always loved him saying "Hey Missy" to her.
Mike grew up playing and working in his grandpa's junk yard. It was there that he learned all about working on engines. Many hours were spent at Melissa's property working and building his shop. He had a creative mind and could work any technology or tool he came across. He even built a waste oil burner from scratch to supplement heat out there. Mike would often start his mornings with coffee and shop talk before completing projects with his dad in the garage or his shop. They spent many hours building a golf cart trailer and numerous other projects together. He would sit in the shop drinking his beverage of choice, Bud Light, with his buddies. Mike loved to work in the shop with his grandson building a hydraulic golf cart lift, and then going to the Country Store to get hot dogs for lunch. His grandkids loved running errands to the Country Store for him as it meant getting him two packs of strawberry twizzlers and whatever else they wanted (and keeping the change!).
Mike's present family includes his daughters, Melissa Rose (Earl), Nicole Shady (Travis); mom Dixie Rose of Carson, IA; sister RoxAnn Nilan (Jeffrey) of Oakland, IA; four grandchildren, Hunter and Nevada Shady, and Jordan and Cody Schaffer; niece, Frankie Knudsen (Michael); nephew, Ryan Nilan (Paige); great-nieces and nephews; other relatives and friends.

RIP Rosie! So sad to hear this news. Condolences to the family. Your friend, "Girl Friday"

Rest In Peace Mike. You deserve it. I’m sure you will find some cold adult beverages in heaven.

Mike was the manager at Laidlaw when I worked there . He was a great person to work with. If there was a problem and it was brought to his attention he was on it. Sorry for your loss. RIP dear friend. Donna Rhodes

I am sorry for your loss. My thoughts and prayers are with you all.

Sending my deepest sympathy to you all.

My thoughts and prayers are with you all !! Mike was such an amazing man !!! I’m not sure if you all know this but in 1995 I worked with Mike at Laidlaw as the accountant...... I brought my son to work with me one day in November, and as a horrible winter storm came through Mike let me go home early to try and beat the storm..... I left and was in a life changing accident on the way home. Mike called my ex husband to see if I made it home safe and when I hadn’t he came looking for me . He found me unconscious and my 3 year old screaming and crying... if he wouldn’t have came looking for me that day we both would have froze to death . I will forever be great full for the man that Mike was !!! I owe mine and my sons life to him.

Prayers from the family of Clarence Rose

Prayers for all of you so sorry for your loss. Shelly Billbe (Longcor)

May
Wednesday
Loess Hills Funeral Home - Carson
420 S. Oak
Carson, Iowa 51525
4:00 PM - 7:00 PM
The family will be outside the funeral home as they greet friends that attend the drive thru visitation. Guests are to remain in their vehicles as we are following the COVID-19 state guidelines.
Directions  Add to Calendar
Send Flowers Send Flowers to Visitation

The attached photos are added to the memorial of Michael Rose to help share their legacy.

Please help memorize Michael Rose by recording your attendance below.

Thank you for sharing your memory of Michael