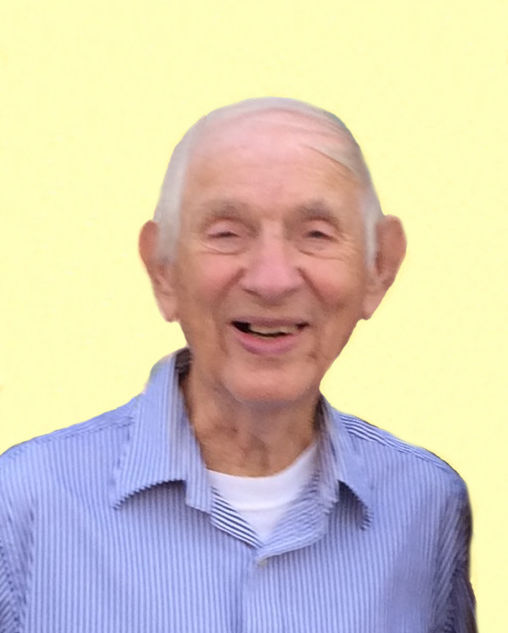 
Donald Francis Rech, one of eight children of Emil and Agnes (Weverka) Rech, was born on October 2, 1936 in Brainard, Nebraska. He graduated from David City High School in 1955 and served in the United States Air Force. Don was employed as a mechanic for the United States Postal Service until his retirement.

Don and Paula Jean Berg were united in marriage on June 28, 1968 at the Holy Cross Catholic Church in Omaha, Nebraska. They lived in the Omaha area before moving to live near Malvern, Iowa in 2003.

Don was a member of the Holy Rosary Catholic Church in Glenwood. He loved to tinker with things and was always building or making something.

Don passed away on June 10, 2020 at the Eastern Nebraska Veterans' Home in Bellevue. In addition to his beloved wife, he was preceded in death by his parents; his daughters, Mindy and Deena; sisters, Georgia Krance and Sally Noecker; and brothers, Leonard, Richard, Edmund and Valerian Rech.

Don is survived by his sons, David Rech of Malvern, and Larry Rech of Glenwood, IA; eight grandchildren; sister Emelie Armstrong of Sun City, AZ; nieces, nephews and other relatives; and a host of special friends.

To the family of Don Rech we extend our sympathy on Don’s passing. Emelie we are thinking of you and remember you sharing some fond memories of your brother. God’s Blessings. Ervin ‘Butch’ and Karen Paben

Davey, I know how tough it is to lose a Father but he gave you a lifetime of joy and conversations to share with family and friends. You and your family are in my thoughts and prayers. Matt Zersen

Davey, our thoughts and prayers go out to you and your family with your recent loss. With deepest sympathy, Lori Maine & North Omaha Maintenance Program Specialists

Dave’s, I am so sorry for your loss. I did not know your father, but I am sure he was a very good man just like his son. My thoughts and prayers are with you my friend. Kevin Swanson

Davey, My heart and prayers go out to you and your family,
Trust in God,
your friend always
Andi Kama

Dave, I sure enjoyed being part of you and your parents lives.. Generous souls
God's Richest Blessings
C BANKS

The attached photos are added to the memorial of Don Rech to help share their legacy.

Please help memorize Don Rech by recording your attendance below.

Thank you for sharing your memory of Donald