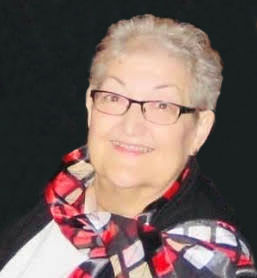 Gwen was born July 31, 1949. She was born to Connie Byers. Her grandparents, Harold and Pearl Byers, became her legal guardians of her right after her birth. She considered them her Dad and Mom. She was raised on the family farm outside Carson, Iowa. All of their children she considered her brothers and sisters. These were Connie (Bolton), Bernadine (Shiffer), Robert, Cheradel (McKee), and James. She was raised as their own child. To this family she was Snooks Byers. She thought that was her name until they registered for school as Gwendolyn Core, she even asked, who is Gwen Core? Her birth certificate listed father and mother gave up all rights and was raised by Harold (Dusen) and Pearl. Connie Byers later married. Connie's family was her half brothers and sisters. They included Patricia (Hacker), Gerald Bolton, Mary Ellen Bolton, Susan Bolton, Caroline Bolton, Julie Bolton, Amy (Confer), and Michael Bolton.
Gwen loved sports and excelled in softball, basketball, and track. She graduated high school in 1967. She started her banking career at Occidental Savings and Loan the day after graduation.
Gwen married Gregory Lawrence Eggers July 10, 1970. To this family was born Angela Ann, and twins Geoffrey Lawrence and Jacquelyn Jo. Gwen and Greg were married while he was in the US Navy. She joined him in Edzell, Scotland in December of that year. They spent the rest of his enlistment there. That country, she and Greg considered their second country. They even brought a Scottish Collie back with them. After returning home she began working for what finally turned into US Bank in Council Bluffs, Iowa. She later worked part time at the bank branch in Carson, Iowa. She then took a full-time job at that branch. She was then promoted to branch manager. This led to promotion to Vice President and she was put in charge of three banks. Carson, McClelland, and Avoca. McClelland was later moved to the branch in Underwood, Iowa. She acquired many new friends and co-workers in this bank. When anyone had a problem Gwen was the one that everyone called. She had much respect from the US Bank family. When she retired even the President of US Bank acknowledged her contribution to the US Bank. Gwen was full of life and didn't take one minute of her life for granted. She participated in various community groups. She loved watching sports, especially her Kansas City Chiefs, Motown music and enjoyed camping with her family. Gwen and Greg retired at age 64 in 2013. Most of all, she loved her grandchildren and spending her retirement with Greg. Gwen and Greg were married 50 years.
Through the magic and science of DNA in 2018 she found out her birth father was not who was listed on her birth certificate. Her father was Tom McClain. Even though he had passed away, the rest of the family contacted her and she was blessed with a whole new family. Tom's wife, Verianne McClain, accepted her as a daughter. Gwen was getting used to calling her Mom. This family provide 5 new sisters. These sisters are Kathy (Magnuson), Sherry McClain, Judy (Joy), Lori (Lee), and Tammy (Lewon). Even though this relationship was only newly acquired, it developed into a wonderful new family. Knowing who she really was proved to be a true blessing. She was so grateful of the acceptance of this new family.
Gwen was preceded by daughter Angela, parents Harold and Pearl Byers. She is also preceded by Connie Bolton, Joycelyn Byers, Roger Shiffer, Patricia Hacker, Mary Ellen Bolton, Susan Bolton, Rikki Eggers, and Tom McClain.
Gwen is survived by husband Gregory. Children Geoffrey (Marci) Eggers, Jacquelyn (Eric) Holste. Grandchildren Elayna and Jack Eggers, Davin, Ellison, and Camden Holste. She is survived by all the brothers and sisters listed above and these in-laws, Kay Byers, Rod Hacker, Kathy Bolton, Kerry Confer, Jim Joy, and Mark Lewon, Dana and Diane Eggers. She is survived by many, many nieces and nephews.
Over the last year, Gwen fought many medical problems. She always said she was going to be greeted into Heaven by a Collie dog and a little, blonde girl. Now, with the new family, she said she included a Dad she never met.

Greg and family. I’m so sorry for your loss. Gwen was a fun loving person. We had a lot of fun times. Again, so very sorry

This news breaks my heart. I worked with Gwen at US Bank. I was lucky to get to work at the Carson branch once a month. Those days with Gwen, Susie & Marilyn are some of my favorite memories of the bank. When you walked in the door of the branch, you were always welcomed with open arms. Gwen had such a zest for life, even though she had had hardships in her life. You always knew where you stood with Gwen, she would always speak her mind, I loved that about her. She always gave such wonderful, good advice. I loved hearing stories of her family. Gwen touched so many of us, I am sure you are very proud of your wonderful wife, mom, and grandmother. Prayers & hugs to Greg and family.

Gwen was one of a kind! She was always there to encourage me as I stepped into management at USBank. She will be greatly missed! Praying for you all during this difficult time!

Snooks, one of my earliest playmates and oldest friends. Great memories of when we were kids playing on Kings Corner.

My thoughts and prayers go out to Gwen's family. She always had a good word and a smile for everyone. I have many memories of Gwen from our high school days.

Rest in peace, Gwen. There are many good memories we had from our high school days.

My sincere condolences to Greg and the entire family. So hard to lose such a loving, vibrant part of the family.😢 My thoughts and prayers are with you.

Gwen was the funniest person I knew, she told you what she felt and welcomed anyone to her home. My son Shayne just loved her to pieces. His second mother he could confide in.

Gwen gave me so many words of encouragement & support here at the bank. She was a true leader & wonderful person to everyone she met. Prayers to you all 🙏

Sending prayers to the family. Gwen and i share the same birthday and I always said she was my twin only 1 year older. RIP dear friend.

Mu heart goes out to Greg, Jackie and Geoff. Your Mom was a special lady. She always had a smile. RIP Gwen. Thoughts and prayers. Ruth Dawson and Jack Chaney

I have such fond memories of growing up with Gwen. We were flower girls together at my cousin Noreen's wedding (about age 5, I guess). And in junior high on the pep bus -- she had a beautiful voice and could sing rock and roll songs! She was always fun. Love to her family, and prayers to Greg and family. Joelyn Mueller Gast

The attached photos are added to the memorial of Gwen Eggers to help share their legacy.

Please help memorize Gwen Eggers by recording your attendance below.

Thank you for sharing your memory of Gwen