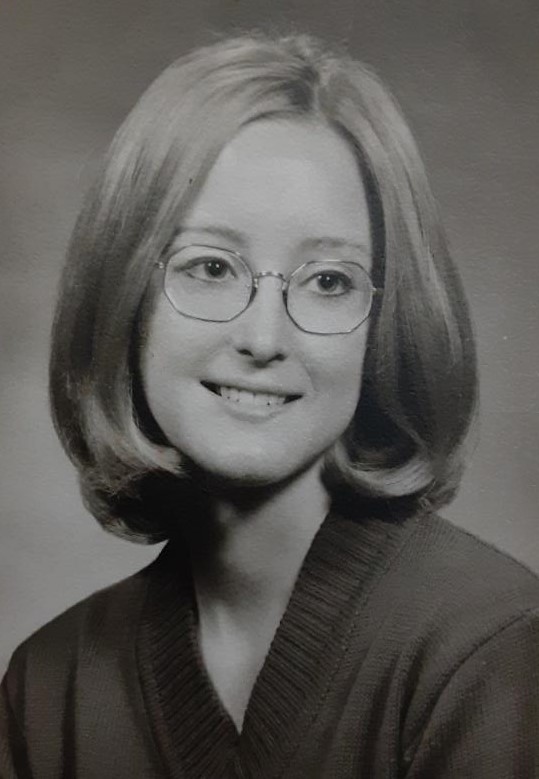 Beverly Wright, 64, of Carson, IA, passed away at her home on Monday, July 13, 2020. Private family funeral services were held with burial at Wheeler Grove Cemetery in rural Carson. Loess Hills Funeral Home in Carson is caring for Beverly and her family.

Memorials: Directed to the family.


Beverly Ann Wright, daughter of the late John and Dorothy Buckingham, was born April 28, 1956 in Des Moines, Iowa and entered into eternal rest on July 13, 2020 at her home.

Beverly was raised on the family farm in Carson, where she was always found doing anything from helping her dad scoop feed bunks, walking beans to helping her mom feed the harvest crews while growing up. While in high school, she met who she always referred to as the love of her life, Michael, where they became high school sweethearts. Beverly graduated high school from Carson Macedonia in 1974. Michael and Beverly were United in marriage on July 6th 1974, at the Wheeler Grove Church. They made their home on the family farm in Carson. Their marriage was blessed with two sons Shane and Jason.

Beverly was a born caregiver. She spent over 20 years working at the Oakland Manor nursing home, where she made many special friends of co-workers and residents whom she truly cherished. She then later went to work at Montgomery County Memorial Hospital until she retired. Beverly had a passion for playing the piano which was a regular sound in the home. She also enjoyed playing cards with friends, camping trips, fishing down at the family pond, and gardening. She spent many years working out at Mother Earth greenhouse.

Beverly is preceded in death by her husband Michael of 41 years, her parents John and Dorothy Buckingham, her mother-in-law and father-in-law Loyd and Clara Wright.

Beverly leaves to mourn her passing, her sons Shane (Lavena) and grandchildren Bastian and Christian of Carson, Jason (Amy) of St. Louis, sister-in-law Sharon Stickler of Clarinda, brothers-in-law Dave Wright and wife Tami of Oakland, Jack and wife Julie of Avoca, Steve Wright of Council Bluffs, aunt Norma Buckingham of Carson, along with many cousins, nieces, and nephews.

I am so sorry to hear of your moms passing Shane. I will let Dr Singh know of this and she will be greatly missed by all! She had a contagious smile!!

Bev was some of a kind. Awesome CNA. She was an angel to her patients and now she is an angel in heaven.

I am so very sad to hear of Bev's passing!! My thoughts and prayers go out to the entire family especially Shane and Jason!!! You have my deepest sympathy!!

Bev was a like second mom to all of us that were friends with Jason and Shane! She was amazing!!! I will always remember the good times we had at her house. Rest easy Bev. Sending my thoughts to Jason and Shane during this time.

Bev was like a second mother to me growing up. Some of my best memories were eating her famous enchiladas and playing cards in the family room. This loss saddens me deeply. Prayers for the family.

I am so sorry to hear this. Bev and I were friends since high school and at one time we worked together. I loved her humor and she was full of surprises. She loved her family and her boys were her everything. My heart is heavy. Rest In Peace dear friend. Lorna Blackburn

I am deeply saddened to hear about Bev's passing. We honored each other in our weddings and spent many days together raising our boys, camping, fishing, swimming, playing cards, etc. The years rushed by too fast. I'm sure she is reunited with Michael where they are rejoicing in their reunion and will spend eternity together. God speed my friend. Rest in peace. 💞


*Due to time restrictions, delivery to service is unavailable.

The attached photos are added to the memorial of Beverly Wright to help share their legacy.

Please help memorize Beverly Wright by recording your attendance below.

Thank you for sharing your memory of Beverly