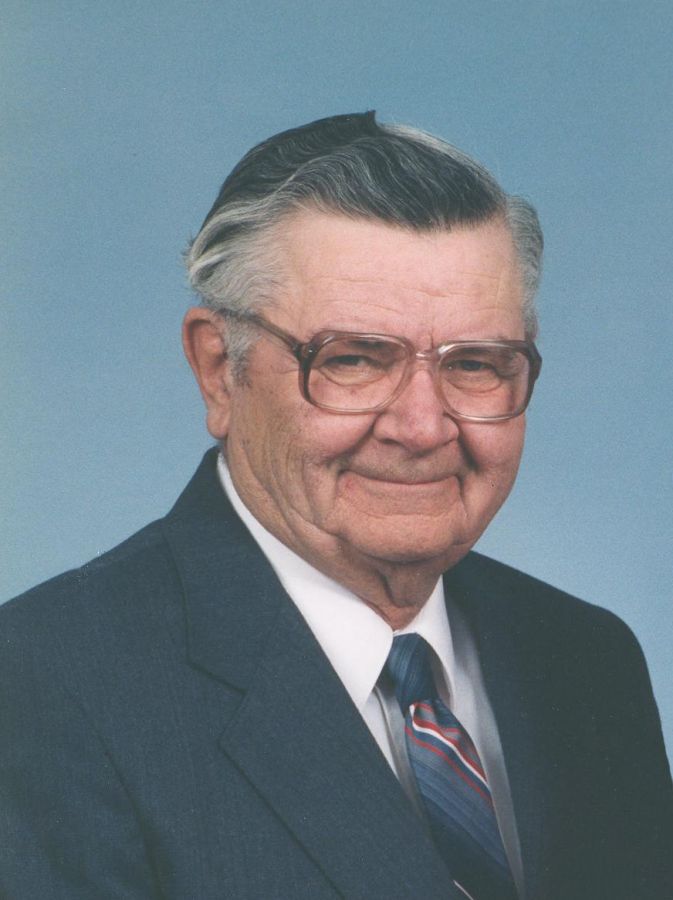 Ernest Carley, 95, of Carson, IA passed away at his home on Friday, July 31, 2020. Funeral services will be held at 10:00 a.m. on Friday, August 7, 2020 at the Carson United Methodist Church with Pastor Michael Slininger officiating. Burial will be in the Carson Cemetery. Visitation will be held from 5:00 p.m to 6:45 p.m. with Masonic Rites services to begin at 6:45 p.m. on Thursday, August 6, 2020 at the Loess Hills Funeral Home in Carson.

Memorials: In lieu of flowers, a memorial fund has been established.

Ernest Brown Carley, was born on June 13, 1925 in Macedonia, IA and was the eighth child of Arthur L. and Lottie (Dye) Carley. He was raised on a farm southwest of Macedonia, where he enjoyed the farm life. He received his education Macedonia graduating in 1943.
Ernest married Myrna Jean Toland on July 24, 1944 and the couple farmed at Macedonia, Prescott, Corning and Oakland. In 1956 the couple made their home in Griswold when Ernest was offered a blacksmith job. His next job was with Griffin Pipe in Council Bluffs. After retiring from Griffin Pipe, he went back to farming, where he farmed the Kennedy farm at the corner of Highway 59 and 92. The Kennedy family farm was where Myrna grew up after her dad was paralyzed by a falling tree. In 2015 the farm became a Centennial Farm where Ernest, Marilyn and Jeanie went to the Iowa State Fair to be honored.
Ernest always had a garden with Myrna and they always enjoyed their fresh produce, especially the tomatoes. He enjoyed playing cards especially, pinochle and later learned how to play bridge. Most Saturday nights you could find them playing cards with friends.
Ernest was a member of the Coral Mason Masonic Lodge and the Knights of Pythias. He enjoyed sharing his talents of making oyster soup with his brothers.
Ernest is preceded in death by his parents, wife Myra; siblings, and son, Ernest.
Ernest is survived by his daughters, Marilyn Hart and her husband, Jerry and Jeanie Moore and her husband Gary; grandchildren, Troy Hart, Michael Hart, Brian Moore and Brittany (Moore) Curtis; great grandchildren, Abigal, Elizabeth, Kaiser and Kiara Hart, Carley Curtis, and Landon and Lawson Moore; sister, Gertrude Ensign; other relatives and host of many friends.

Sincere sympathy to Marilyn and Jeannie. I will always treasure the happy times our families shared growing up.

Sorry to hear of Ernest passing. Ernest & Myrna go back a very long way with our family. Because of the virus we will not be coming to the service but express our sympathy. Lois, Ernie & Rita.

My deepest sympathies to the family. Ernie was a good friend from our days at Griffin Pipe. I will miss talking to him each week.

loved my weekly telephone visits with my brother Ernie

Marty, so sorry to hear of your dad's passing. Gary and I think of you often. Our thoughts are with you and your family.

The attached photos are added to the memorial of Ernest Carley to help share their legacy.

Please help memorize Ernest Carley by recording your attendance below.

Thank you for sharing your memory of Ernest