Our Promise to You 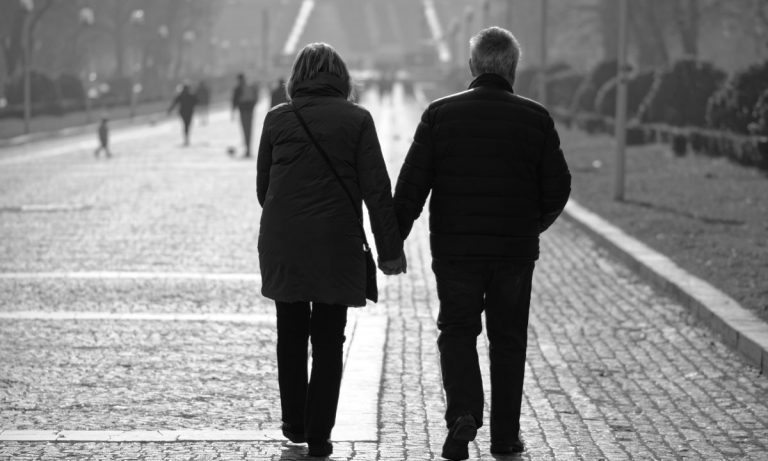 We cannot ease your pain,
but we can ease your burden.

We cannot eliminate the numerous
difficult choices and arrangements to be made,
but we can provide impartial advice and discrete counseling
of the highest ethical and professional level.

We cannot decrease your sorrow and grief,
but we can provide a completely dignified funeral
within your financial limitations,
while expressing our concern for your welfare.

We cannot alter what is past,
but we can honor your memories
by showing the utmost compassion and understanding
for the living during this most trying of times.

Scott is a second generation funeral director from Webster City, Iowa. Scott attended Iowa Central Community College in Fort Dodge where he graduated with an A.A.S. in 2001.

Scott is a second generation funeral director from Webster City, Iowa. Scott attended Iowa Central Community College in Fort Dodge where he graduated with an A.A.S. in 2001. To further his education, Scott earned his Mortuary Science degree from Mesa Community College in Mesa, Arizona in 2002. He then returned to Webster City to work along side his father who owns and operates Foster Funeral and Cremation Center, a family funeral home with a strong commitment and dedication to the families of Hamilton County.

In May of 2004, Scott returned back to Scottsdale, Arizona, where he took a position as pre-need counselor for Great Western Funeral Planning, to gain more experience in pre-need sales. In May of 2006, he returned back to Webster City to continue working at the family funeral home, and later that year he earned the designation of a Certified Pre-Planning Consultant with the National Funeral Directors Association. In 2007, Scott founded Foster Monument Company which handles all various types of memorial choices for families and their loved ones.

On August 1, 2011, Scott become the owner of Hertz Funeral Homes in Carson, Glenwood and Malvern and Hertz Monument Company. In the spring of 2012 the he changed the name to Loess Hills Funeral and Cremation Center.

Scott handles all facets of the operations at Loess Hills Funeral and Cremation Center. He has great knowledge in advance funeral planning and designing granite memorials for loved ones.

Scott and his wife Ashley, have two children, son Jaxon and daughter, Vivian and the family resides in Glenwood. They belong to and support a variety of different clubs and organizations throughout the communities they serve.

Scott continues to carry on the tradition of commitment and dedication to the families of Southwest Iowa by offering unique and personalized services as the life lived.

Deb is the full-time office assistant, answers phones, along with so many other tasks, and assists with visitations and funerals.

Deb is the full-time office assistant, answers phones, along with so many other tasks, and assists with visitations and funerals.  She previously worked at Collins Drug in Malvern for 31 years before the business closed in 2007. Deb is a Malvern alumni and has lived in the Malvern area all her life with her husband Terry.  They have one daughter and three grandchildren.

Larry works part-time helping at funerals and with other tasks.  Many in the area may know Larry, he recently retired from working for Orkin at the end of 2017.  He and his wife Brenda live in Malvern.

Larry works part-time helping at funerals and with other tasks.  Many in the area may know Larry, he recently retired from working for Orkin at the end of 2017.  He and his wife Brenda live in Malvern.

Sarah works part-time at the Carson funeral home location helping with visitations and funerals.  With three locations, she is our go-to-gal to call for unlocking the building in Carson and accepting floral arrangements.  Sarah and her husband Larry live in Carson.

Linda Washburn is a Licensed Preneed Sales Agent and Aftercare Coordinator for Loess Hills Funeral Home and Cremation Center as of June 1, 2018. She will be assisting clients with prearrangement planning and aftercare support.

Linda Washburn is a Licensed Preneed Sales Agent and Aftercare Coordinator for Loess Hills Funeral Home and Cremation Center as of June 1, 2018. She will be assisting clients with prearrangement planning and aftercare support.   Prior to this position, she has served as the Executive Director of the Glenwood Area Chamber of Commerce & Glenwood/Mills County Economic Development Foundation since August 16, 1999. As the Executive Director, Washburn worked within the Glenwood area and Mills County on business retention, business recruitment, and keeping our communities vibrant through a myriad of committees. She has assisted the organization in challenges faced by small communities in a global economy, retaining and enhancing our quality of life for those who choose to work, play, and do business in our area as well as seeking to attract businesses to choose our area as a great place in Iowa to locate. She coordinated many special projects and events throughout each year that bring recognition, awareness, education, and networking opportunities to Mills County. In 2016, the Chamber and Economic Development organization split the director duties into two positions and Washburn continued to serve as Director of the Glenwood Area Chamber of Commerce until May, 2018. Prior to this position, Washburn was a preschool teacher in the Glenwood Community School District, starting Building Bridges Preschool serving children and their families whom are at-risk. She was the Director of Pooh Corners Preschool in Malvern and an advocate for early education for young children. She was a Graduate Assistant at UNO and a sales representative for Red Oak Office Equipment. Washburn served as President of Iowa Chamber of Commerce Executives, Mills County YMCA Board of Managers, a Board Member for Iowa Chamber of Commerce Executives representing Western Iowa, Southwest Iowa Coalition, Loess Hills Chapter of American Red Cross, Mills County Storehouse, On with Life, and Mills, Montgomery, and Cass Counties Empowerment. Other professional service has been to the Greater Council Bluffs Regional Economic Development Marketing Partnership Board representing Mills County with Council Bluffs, Pottawattamie, and Harrison Counties, the Economic Development District Board of Governance with Metropolitan Area Planning Agency, and the Heartland 2050 Steering Committee as a Mills County representative for the Omaha/Council Bluffs Metropolitan Statistical Area. Washburn began working in Mills County as a volunteer and newcomer to find her place within southwest Iowa in 1975, serving on many boards and committees. These invaluable experiences have given her many opportunities to get to know Mills County, its culture, and its people, which has been a tremendous benefit in all areas of employment and service.  She is a proud to call southwest Iowa “home” and to be from the great state of Iowa. She was born Linda Ann Selinger in Omaha, Nebraska, a graduate of Jefferson High School (Cedar Rapids), Iowa State University (Ames), and attended University of Nebraska Omaha for graduate studies. She lives in eastern Mills County with husband, Rob. She has two sons and two grandsons.

We're Here for You

Whether you want to plan ahead, or for immediate need, please don’t hesitate to contact us.